Chittagong Newspapers called ctg Newspaper as a short name. Chittagong is the largest division of Bangladesh. There are 11 districts are included in this division. Today here in this post I will share with you a list of selected and popular newspapers in Chittagong and nearby districts like Cox Bazar, Rangamati, Bandarban, etc.

Chittagong is a port city, through that reason it has always updated with online news media. You can learn here from the newspapers, Industrial development news, import-export news, national, local, and international news. 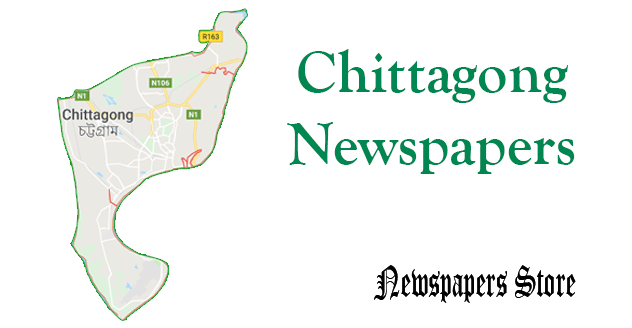 Let’s visit the Newspapers in Chittagong, Parbaya Chattagram, Rangamali and Cox’s Bazar. All of the newspapers based on online media or printed.

Azadi is an popular and oldest newspaper in Chittagong. It publishes news based on online media. Also, it has a print copy called daily Azadi.

Suprobhat is a Leading Newspaper in Bangladesh. It published from Chittagong city. It’s regional newspapers also.

CTG Times is a local newspaper from Chittagong. It’s a news portal based newspaper in Chittagong city. People can read it online.

CHT Times 24 is an online newspaper. It covers Rangamati, Khagrachori, Parbatta Bandarban news based on hills crime, sports, entertainment, national, and others.

Chakaria is a daily newspaper in Chittagong and Coxbazar district. It cover national, political, Bangladesh Newspapers, sports, and literature.

Raozan News is a online base news portal from Chittagong. This site provides news from different category.

Let’s see some online based newspapers in parbatta chittagong and nearby district.

These are the best and popular newspapers in Chittagong. You can see also more about Bangladesh Online media like Magazine, epaper, Radio, TV Channel, Flag, Map, Insurance, Bank, and more in this website.